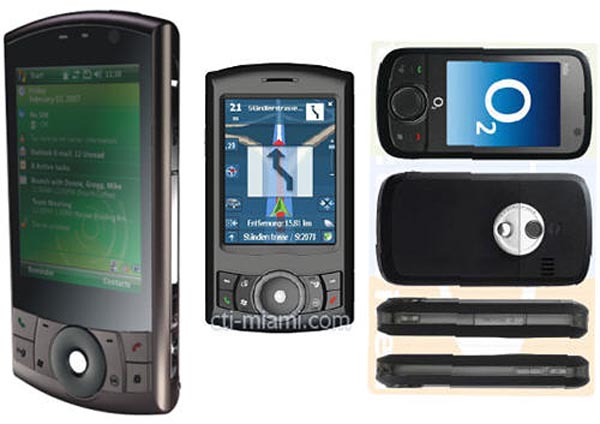 I guess HTC is really wanting to push their Touch branding. It started with the garden variety HTC Touch. Then they plunked in a vertical slider to produce the HTC Touch Dual. Now, the Taiwanese devicemaker has apparently joined the ranks of Scientology, because the HTC Polaris has been re-branded as the HTC Touch Cruise. Either that or the Polaris is the newest ship in Royal Caribbean’s fleet.

The HTC Touch Cruise has wireless radios bursting at the seams. It starts with quad-band GSM to keep you connected all around the world. It ramps up the speed with tri-band UMTS (850/1900/2100) with HSDPA and HSUPA connectivity. It’ll reach out and grab somebody with Wi-Fi and Bluetooth. And is if there wasn’t already enough radiation beaming out of the HTC Touch Cruise, the device also has built-in A-GPS.

Much like the Touch and Touch Dual before it, the HTC Polaris Touch Cruise also has the company’s TouchFlo interface, except it’s been upgraded with “additional touch gestures.” You can now do a “half turn of the finger to rotate an object, complete turn to the right to zoom in and complete turn in the other direction to zoom out.”

The current roadmap calls for a November launch date. Try not to jump on the couch in the meantime.