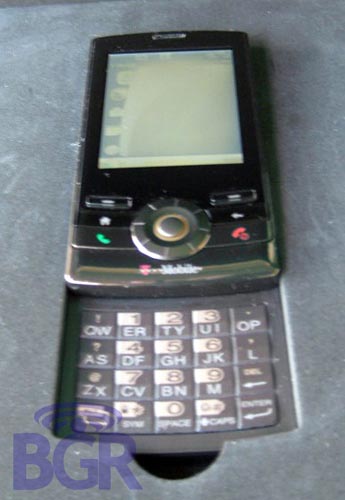 When we caught glimpse of the T-Mobile Shadow late last week, we thought that it was quite the remarkable design, because it plunked a sliding SureType keyboard into a rather slim and reasonably compact package. Little did we know at the time that the T-Mobile Shadow won’t be a single cell phone, but rather a whole brand of mobile phones under the T-Mobile umbrella.

According to the Boy Genius, the T-Mobile Shadow is being marketed at “twenty-somethings who might have outgrown the Sidekick, but still want to stay connected and in touch.” The plan is to bring out a series of Shadow phone, just like the Sidekick, possibly paving the way for a T-Mobile Shadow II or Shadow LE. I guess a Shadow Slide would be redundant.

Word is that the first T-Mobile Shadow will hit shelves on October 31st for $149 with a two-year service agreement. The “Official Phone of Fun” may also come with a $9.99 unlimited email plan too.