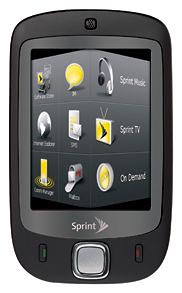 This is a strange role reversal, isn’t it? Normally, Canada is one of the last countries to get its hands on a new cell phone. Things start out in either Asia or Europe before making the migration to the United States and only after that does the land of the maple leaf get their taste. Today, things are a little different.

We already know that Telus and Rogers Wireless have their takes on the HTC Touch and now the iPhone competitor is heading south for the winter. Sprint has announced that they will start carrying the HTC Touch on November 4 and they apparently have some sort of exclusive deal on it, much like how AT&T has a stranglehold on the iPhone.

As you recall, the HTC Touch runs on Windows Mobile 6 with a TouchFLO touchscreen interface. Other specs include microSD expansion, 2 megapixel camera with 5x zoom, stereo Bluetooth, and access to Sprint’s broadband network. Get into a two-year agreement and nab the HTC Touch for $249.99 before the $100 rebate.