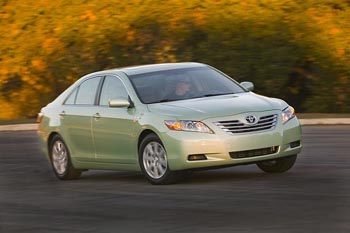 Around here, many people bought a Corolla or a Camry simply because of Toyota’s bulletproof reputation. They bought the not-so-exciting sedans, assured that their purchase would be the most reliable car on the road. Unfortunately for Toyota, big things are changing. In fact, the Toyota brand has fallen out of the top spot for reliability, landing all the way down in number five.

The top four brands above Toyota are now Honda, Acura, Subaru, and Scion, the last of which is actually a sub-brand of Toyota. Although Honda is the third largest automaker in Japan (Nissan is second), it has now moved into the number one spot for reliability. This is based on a survey conducted by Consumer Reports, stating that they can “no longer recommend the Toyota Camry V6 or Toyota Tundra V8 because of poor reliability.”

Although no domestic cracked the top five, American automakers “continued to show improvements.” Buick got ranked 10th. Other notables include Mercury, Ford, and Lincoln in 11th, 13th, and 14th, respectively.