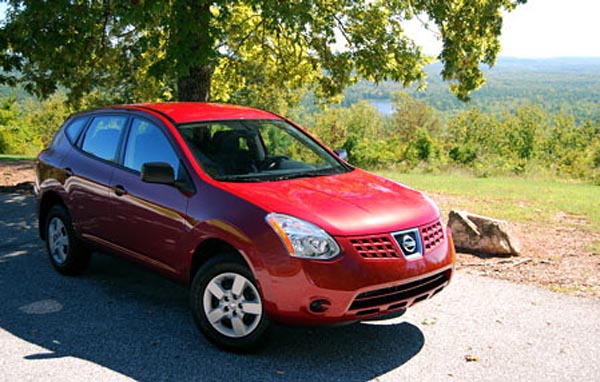 If you’ve been following Heroes on NBC this season, you’ll notice that they’ve really been pushing the Nissan Rogue on that show, just as they did with the Nissan Versa last season. Crossovers are more popular than ever because they offer the versatility of a larger SUV but with more fuel efficient engines.

The 2008 Nissan Rogue is based on the Nissan Sentra, the company’s mid-sized sedan. According to the first drive impressions at Autoblog, the Rogue feels pretty much like a “tall Sentra wagon, and we think perhaps Sentra wagon might have been a much more honest name.”

They found the exterior to be largely uninspired, begging for something to break up the monochrome color scheme. They did like the Rogue’s interior, however, finding that fit, finish and quality weren’t “bad for the price point.”

The worst part is that driving the Rogue CUV “isn’t sporty at all” making it hard to justify “such a provocative name.”