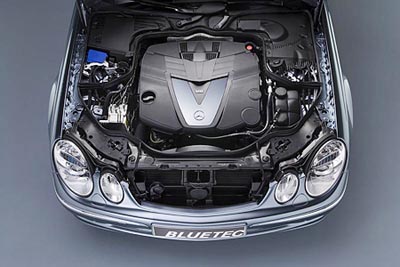 California is known for having some of the most stringent emissions regulations in the world, making it difficult for companies to bring their diesel-powered vehicles into the Sunshine State. After some serious tweaking, Mercedes-Benz has announced that the Mercedes E320 BLUETEC sedan has met California’s strict standards, making it the first diesel to be sold there.

Back in January 2006, Mercedes announced that they would be bringing the diesel-powered BLUETEC sedan to all 50 states, but eight months later, they announced that it would be coming to just 49 states. You can guess which was the odd one out. The tweaking was substantial, but they can now go back to their original claim.

For the time being, you will not be able to purchase the Mercedes E320 BLUETEC sedan. Instead, the German automaker is only offering the vehicle as a two-year lease. You get 24,000 miles total for about $600 a month. Only 100 units will be available, but more BLUETEC cars and SUVs should arrive next August.