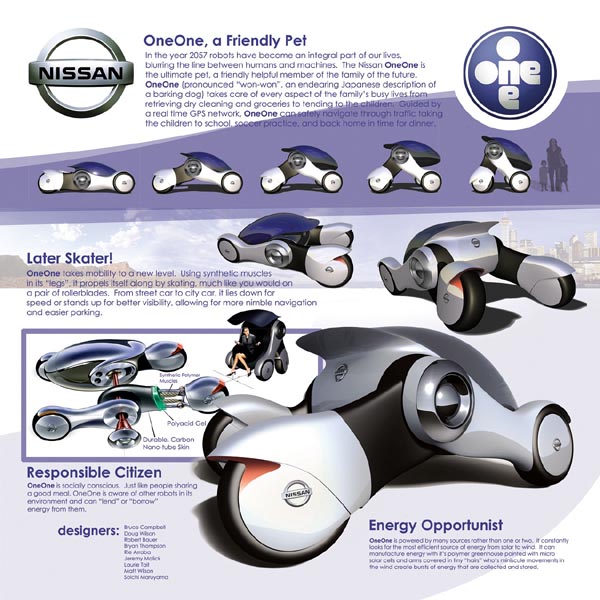 Images of the Nissan OneOne concept car are being bandied about at the LA Auto Show. Too bad the “concept” is being dated for a 2057 release. According to Nissan, the OneOne is a “family pet” that can effectively drive itself, cruising around town completing errands for its owner.

I don’t know about you, but my pet bunny doesn’t exactly pay my phone bill, collect the mail, or pick up the groceries. I’m assuming that your cat or dog won’t do that either, so the Nissan OneOne is a pretty advanced “family pet.”

On another note, there are synthetic muscles on the OneOne. When flexed, it creates a “skating motion much like rollerblading.” When lowered completely, it looks like an aggressive sports trike. When raised, it has a smaller footprint for “better maneuverability in congested areas.”