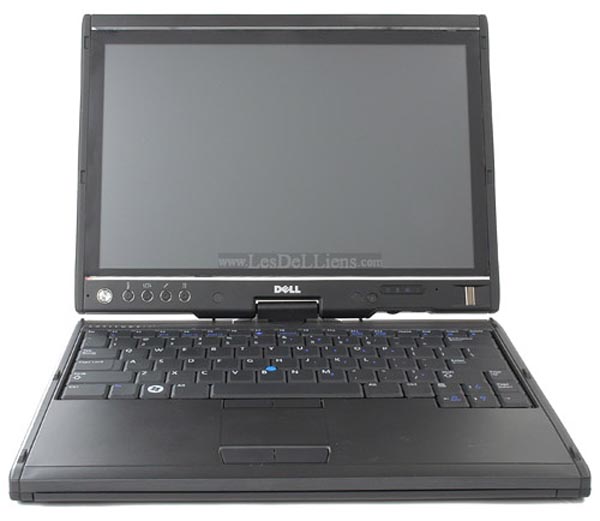 As I type this on my Dell laptop, I wish that I could swivel that display around and convert this little beast into a Tablet PC. While the company has dabbled in PDAs (unsuccessfully) before, they now appear to be ready to tackle much larger touchscreens.

Several photos of the Dell Latitude XT were leaked recently along with concrete specs of the firm’s first Tablet PC. As expected, it’s built for portability rather than raw power. The processor running the show comes courtesy of Intel in the form of a 1.2GHz ULV Core 2 Duo, helping you extend that battery life. This Intel processor, however, is mated with an AMD-made ATI motherboard, sporting Radeon Xpress 1250 integrated graphics.

The 12-inch touchscreen LCD is available with either conventional cold-cathode florescent (CCFL) technology or the thinner and more efficient LED backlighting. You also get Bluetooth, 802.11n Wi-Fi, and as much as 3GB of RAM.

No word on price, but the Dell Latitude XT Tablet PC is rumored to launch on November 5th of this year.