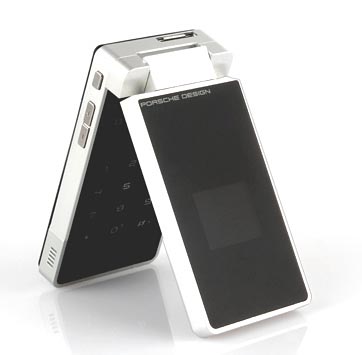 What do you get when you grab the twisting and turning motion found on the Nokia N93, shove it into a boxier casing and toss in a touchscreen display? The answer, it seems, is the Sagem Porsche P9521.

It’s obviously not the thinnest phone on the block, but it could be one of the coolest. On the front cover — which initially opens like a clamshell, but can later twist all the way around and back down again if you’d like — are two very important words: Porsche Design. That’s why there’s an unmistakable appeal to the Sagem Porsche P9521.

For the tech-oriented geeks in the audience, you’ll notice a small preview screen on the front cover, but on the inside is a 2.2-inch active matrix OLED touchscreen. Other features include a fingerprint reader, A2DP Bluetooth, and a 3.2 megapixel camera with dual LED lights.

The price for this limited production wonder? A cool 1200 Euros.