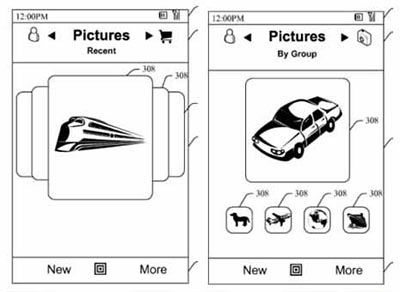 Everyone wants a piece of the iPhone pie. I can’t go a day without talking about the latest third party application or the hottest way to crack the AT&T lockdown. We’ve seen formidable iPhone-like entries from Samsung (Armani) and LG (Prada), but what about the guy that really wanted to challenge the iPod?

Rumors of a Microsoft cell phone — affectionately referred to as the ZunePhone — have been floating around for some time, but now we’ve found patent drawings depicting Microsoft’s future cell phone. Based on these sketches, the user interface appears nearly identical to that of the iPhone.