Forget about lurking in the shadows, this unassuming slider is actually going to be the shadow itself. The HTC Juno has been spotted with T-Mobile badging and we believe that it’s going to be branded as the T-Mobile Shadow.

This will represent HTC’s second effort into the arena of vertical sliders. Like the first HTC Touch Dual, the keypad is not of the standard QWERTY or numeric variety. Instead, it’s a funky 20-key jumble that’s probably more closely related to SureType. While in its closed position, you’d swear that the T-Mobile Shadow is really a Samsung.

Key specs on this skinny puppy include 128MB RAM, 4GB microSD card support, WiFi, Bluetooth A2DP, myFaves 1.5, and some sort of new user interface called “Top Screen.” We’ll keep our ears to ground for anything relating to dates and/or pricing. 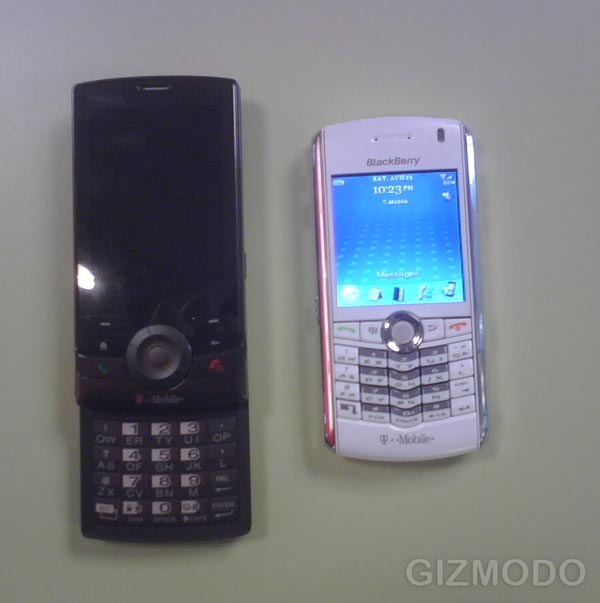