Just as there are countless variations of the Motorola RAZR fluttering around in the marketplace, the same can apparently be said about the LG Prada, because here is a very special Prada for AT&T. What you see here is the LG CU920 Prada, which is a distinctly different beast than the KE850 LG Prada you may have seen before.

What this means is that the iPhone will be in for some rather serious competition as this new AT&T-branded LG Prada could cannibalize some of its trendy touchscreen sales. The specs are pretty muddled at this point, but inside sources are reporting that the device is very light, features 3G connectivity (take that Apple!), and the web browser has a zoom feature. The biggest downside is that it may come with an antenna “that’s easy to snap off.”

Based on the leaked photos of the LG Prada CU920, it also has an on-screen QWERTY keyboard that is actually used in landscape mode. Portrait mode yields a 12-key on-screen keypad, presumably with T9. 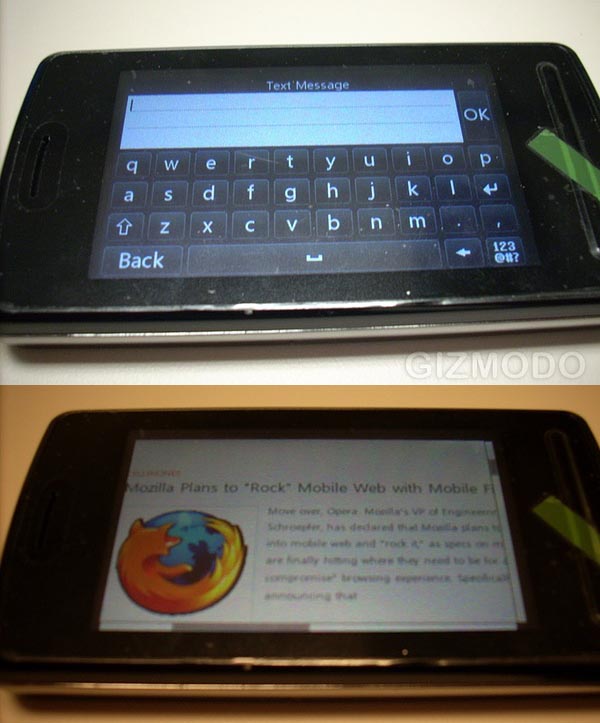