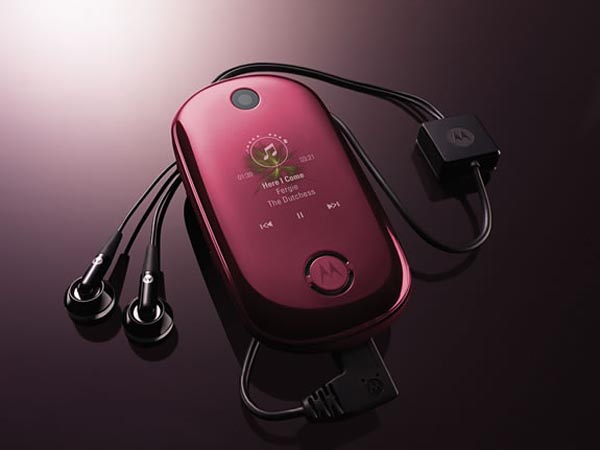 While the four leaked Motorolas are all fakes, we’re pretty sure that this cell phone is for real. Motorola has officially announced the MOTO U9, a clamshell phone that follows the same styling cues as the PEBL line.

The ultra smooth and round exterior is undeniably attractive, as are the “hidden” display on the front cover and touch-sensitive music controls. In fact, if it wasn’t for the Motorola emblem featuring so prominently on the front, I could have easily mistaken this phone for a Sony Network Walkman.