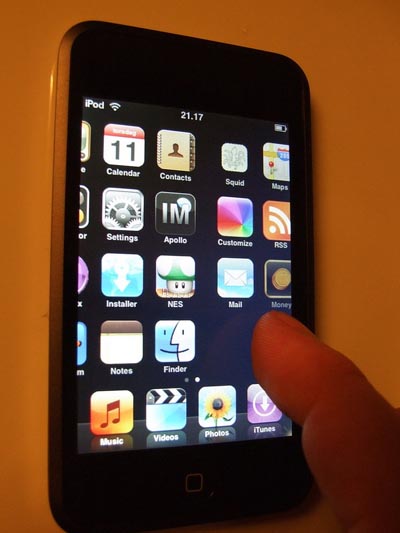 While the latest iPhone firmware seems to lock out most third party applications, the iPod Touch is seemingly all ready to go with all sorts of additional applications, including that awesome NES emulator.

A Jailbreak Guide has been developed to walk you through the entire process, but the gist of it is that you can now launch a wide range of iPhone third-party apps on your iPod touch, including a hacked version of Springboard for scrolling between different homepages.

Click here for a list of compatible applications, but notables beyond the NES emulator include Apollo and Google Maps. Let the good times roll!