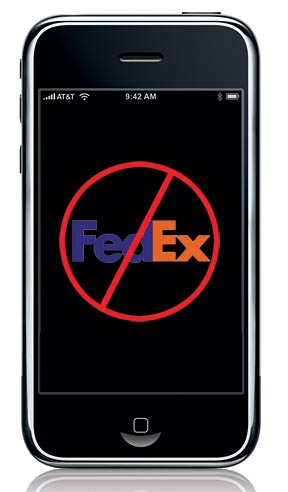 If you were hoping to waltz into your local Apple or AT&T store and grab an iPhone that is still running on firmware 1.02, you’re pretty much out of luck. Cupertino has halted all current shipments of iPhones to AT&T stores so that they can ensure every unit on the shelves is running on the latest firmware, version 1.1.1.

As you recall, this was the firmware update that effectively locked out third-party applications, including the one that lets you unlock the iPhone to use it with another GSM service provider. Sure, the whole jailbreak thing is going on and they’ll probably hack and slash their way through firmware 1.1.1 soon, but in the meantime, it looks like anyone wanting an unlocked iPhone will have to look somewhere other than their local AT&T store.

Interestingly, Apple said that they lowered the price of the iPhone to help drive up holiday sales. By halting shipments and lowering the supply, doesn’t that work against, you know, increasing sales?