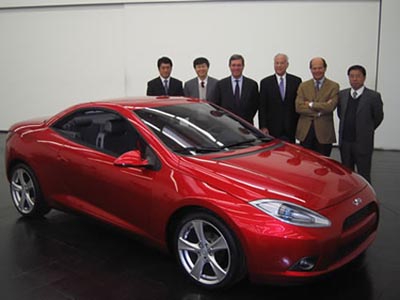 Based on what we’ve seen from the Brilliance BS6 sedan and, more notably, the Chery Amulet, I don’t think I’d feel very safe cruising down the Interstate in one of these Chinese-made cars. Despite these hesitations, there is word that China-based Chery Automobile wants to bring their M14 sports coupe to the United States “soon.”

The rumblings are a little mixed, but the general consensus is that the Chery M14 sports car — which actually looks quite stylish with its Pininfarina-inspired appearance — could hit American roads as early as this upcoming holiday season. Some time next year is probably more likely.

The power under the hood, unfortunately, does not match the Pininfarina looks on the outside. Engine choices are restricted to either a 1.6L or 2.0L powerplant mated to a manual or CVT transmission. Chery says that they’ve made several safety improvements, but I’m still pretty uneasy. Even if it’s going to be uber cheap (which it likely will be).