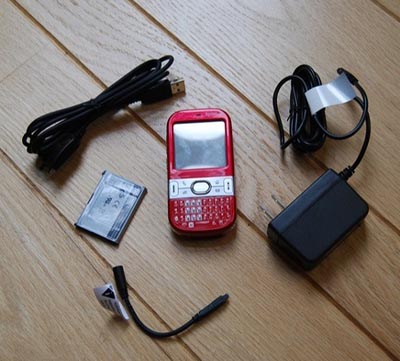 Wilson Rothman of Gizmodo has held the Palm Centro in his hands and fiddled with its bits, coming to the conclusion that Sprint is “definitely gonna sell loads of ’em.”

At first, Wilson says that the Palm Centro felt cheap and “like a toy” in his hands, but when he gave it a solid test run, he very quickly became impressed and his issues with the “little loose” directional pad and “too flimsy” microSD card slot faded away.

He notes that the keyboard is “seriously tiny”, being “significantly more cramped than a Treo.” The built-in speaker was impressive and free of distortion. E-mail can easily be setup without a PC and the instant music on/off button on the left side is quite handy. Wilson also gave Sprint TV a run on the square 2-inch screen, determining that it “looks okay.”

Perhaps the best feature of all on the budget-minded Palm Centro is that it costs a mere $99 with contract, placing it well below nearly all other current smartphones on the market.