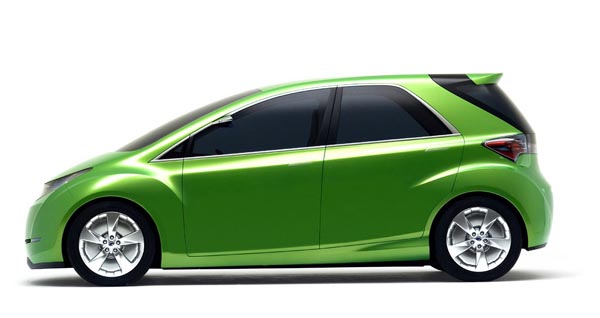 Subaru typically isn’t known for making tiny econoboxes, but they seem to be attacking that segment of the market with the ultra cute Subaru G4e Concept. Images of the tiny hatchback have been released to the public in advance of the car’s official unveiling at the Tokyo Motor Show later this month.

Subaru is saying that the G4e is a “futuristic environment-friendly concept” and that’s because there doesn’t appear to be a fuel tank on this car at all. Instead, it’s a full electric that gets its juice from a set of lithium-ion batteries stored underneath the floor. Despite its diminutive stature, the Subaru G4e is supposed to provide enough froom for up to five passengers.

No word on top speed or a horsepower count. We do hear that the Subaru G4e is capable of a 200 kilometer range between charges though.