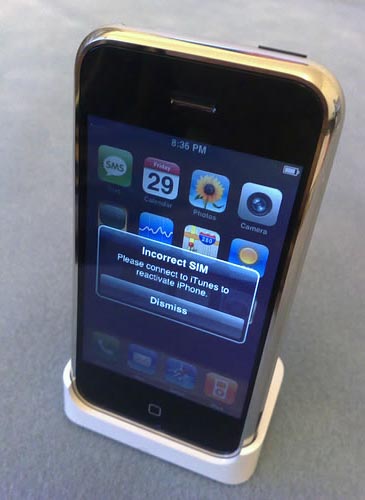 Timothy P. Smith and the legal team of M. Van Smith and Damian R. Fernandez have filed a class action lawsuit against Apple, claiming that the company is violating antitrust laws. By forcing customers to only sign up with AT&T with their iPhones, Apple has severely limited what the public can choose to do with their touchtastic mobile phone.

The lawsuit states that iPhone customers have been “damaged by the exclusive deal between Apple and AT&T, and also by the firmware update (1.1.1) that renders many iPhone inoperable.” They say that this constitutes “an illegal trust in restraint of trade” because customers ended up paying “substantially more for the iPhone and cell phone service than they would have paid in a competitive marketplace either for the iPhone or for AT&T’s cell phone service.”

It’s an interesting class action lawsuit, but I don’t think it’s going to fly. Think about how many other cell phones are — at least initially — locked to their providers, many of which are also exclusive to a one particular carrier. The LG enV, for example, is only available through Verizon. I don’t see a class action lawsuit happening there.