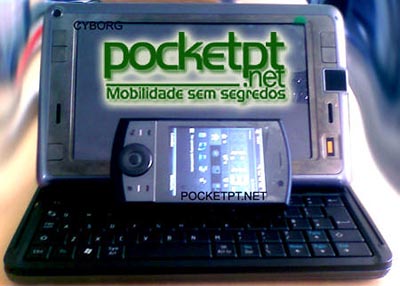 You’ve got to hand it to the people at HTC. They always come up with cool names for their platforms at the HTC Polaris is no exception. Based on these live pictures, it looks like quite the powerful handheld too.

Many folks were expecting the Taiwanese handset manufacturer to officially reveal the HTC Polaris during last week’s press events, but that didn’t happen. So, we’re still stuck with taking our best guesses at the specs and features. From what we hear, the HTC Polaris will be powered by Windows Mobile 6 Professional. The GSM/GPRS/EDGE radios will be in place, as well as UMTS/HSDPA, 802.11b/g WiFi, Bluetooth, and FM radio. It’s also notable that the HTC Polaris will boast some sort of A-GPS.

You’ll notice that the handheld has a TouchFLO interface, much like the HTC Touch, on its QVGA display. No release date or price has been been announced at this time.