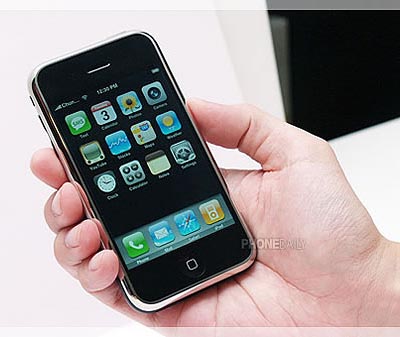 First, the good news. After countless rumors that have flip-flopped in both directions, it now appears the Apple iPhone will indeed be heading to Canada via Rogers Wireless. The bad news is that Rogers will be charging twice as much as AT&T for the touchscreen-equipped cell phone, slapping on a price tag of $799.

But wait, it gets worse. Whereas AT&T subscribers in the United States can sign up for an iPhone plan that provides unlimited data, no such wireless data plan currently exists for Canucks with Rogers Wireless. Instead, you can do a pay-as-you-go data plan for $0.05 per KB. Alternatively, there is a $5/month and a $10/month plan for 5MB and 10MB respectively with additional kilobytes coming in at 3 cents each. A web search here and a YouTube video there, and you’ve got yourself one massive data bill. And that’s before you get any minutes, text messages, or caller ID. Ouch.

Now that the iPhone has been unlocked — even firmware 1.1.1 has tentatively been cracked — it makes more sense for Canadians to cross the border and buy an iPhone for $399 from an Apple Store than it does to purchase the same device from Rogers Wireless. Bear in mind that the $799 price point is still little more than a rumor.