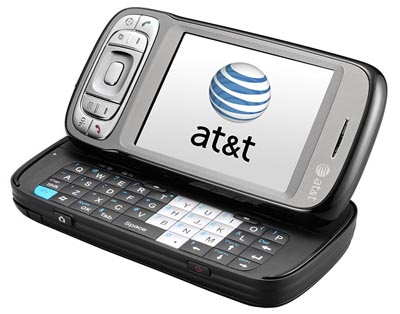 Many of you may be anxious to get your hands on the AT&T Tilt, because it just seems so much cooler than the AT&T 8525 (HTC Hermes). Well, we now know how much it’s going to cost to buy the slide-and-tilt smartphone. The AT&T Tilt, exclusively available through AT&T (duh), will go for the “promotional price” of $299.99 starting today. You’ll need to sign a qualifying two-year service agreement, of course. We should also note that the price was quoted as a “as low as” price.

In case you’ve been living under a rock, the AT&T Tilt is one feature-packed Windows Mobile 6 Pocket PC phone. It’ll help you get to grandma’s house via in the TeleNav GPS Navigator with GPS-enabled turn-by-turn voice directions. It’ll take snapshots via the 3 megapixel auto-focus camera. It’ll swallow microSD cards as large as 32GB, apparently, expanding that memory to monumental proportions. The AT&T Tilt shows plenty of love to BlackBerry Connect v4.0 as well.

So yeah, three hundred bucks. Sounds pretty decent to me.