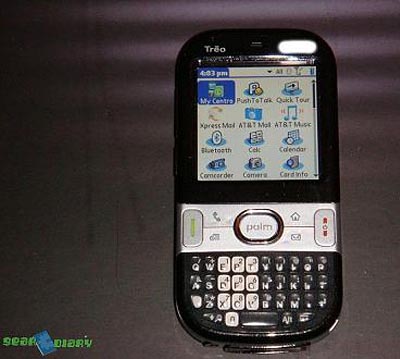 Chalk this one up with some serious rumor mill salt, but there’s an image being tossed around on the interweb that shows the Palm Centro running AT&T software. This may or may not indicate that the Cingular replacement is picking up the Palm smartphone, but it does lead us to believe that it is a definite possibility.

The second reason why this particular story is interesting is because it points toward the creation of a GSM version of the Palm Centro, shown here with Treo badging. On the other hand, Ben Longo of Gizmodo is saying that it could just be “the bastard offspring off a failed deal between Palm and AT&T.”

Sprint has been jumping up and down about how they have the exclusive on the Palm Centro, but could that exclusivity only extend to CDMA?