The HTC Vox was quite the clever device. In its closed position, it just looked like a chubby smartphone with a standard numeric keypad, but you could actually slide a QWERTY keyboard out the side for easy mobile emails, text messaging, and word processing. Well, the Vox was due for an update, so along came the recently announced HTC S730. The form factor is similar to the Vox, but the guts inside have been upgraded.

The QWERTY keyboard is supposed to be “refined” and there is now a front-facing camera for video calls. That’s because the HTC S730 is rocking some crazy UMTS/HSDPA action to go along with its speedy 400MHz processor. Rounding out the specs are 64MB ROM and 128MB RAM.

After the Boy Genius went hands on with the new phone, he found that the keyboard was better than the Vox, but “not quite there yet.” Device speed was “fine”. 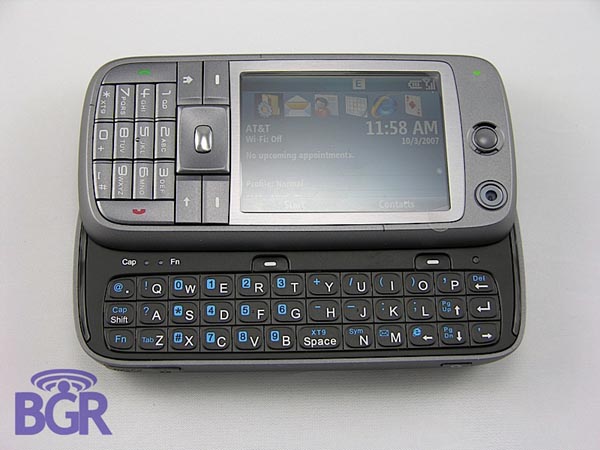