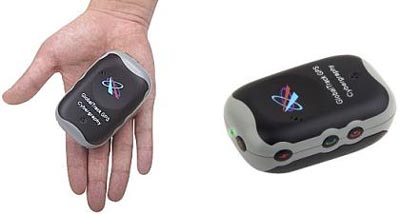 I know, it’s not the prettiest thing in the world. The GlobalTrack G200P personal tracker by Cybergraphy Technology looks like a rugged pager from the early 90s, but this palm-sized device packs more functionality than you would initially imagine.

Inside the GlobalTrack G200P is a ~160dBM high-sensitivity GPS receiver that will track your every movement and keep it recorded via its simple data logger. The 16MB of flash memory should be more than enough for that kind of information and it’s quite helpful that the GPS receiver is very low draw. So low draw, in fact, that Cybergraphy claims a standby time of up to two months.

But wait, there’s more. The G200P looks like a pager, because it is a pager. Throw your SIM card in the available slot and the GSM/GPRS radios inside will fire up, granting you access to voice calls and emergency SMS messages. Yes, it has both a microphone and a speaker.