Nissan has been trying to convince us that the Skyline and the GT-R have become two separate entities and after having a look at the latest Skyline, we can see how the former is much more pedestrian than the latter. The Nissan V36 Skyline for the Japanese market is nearly identical to the recently released Infiniti G37 here in North America.

The most critical differences include an extra three horsepower, a new “pop-up engine hood technology”, and a blind spot monitor system so you don’t accidentally change lanes into the tofu delivery boy. Under the hood of the V36 Skyline is the VQ37VHR V6 engine. This makes you wonder why they didn’t name it the V37. 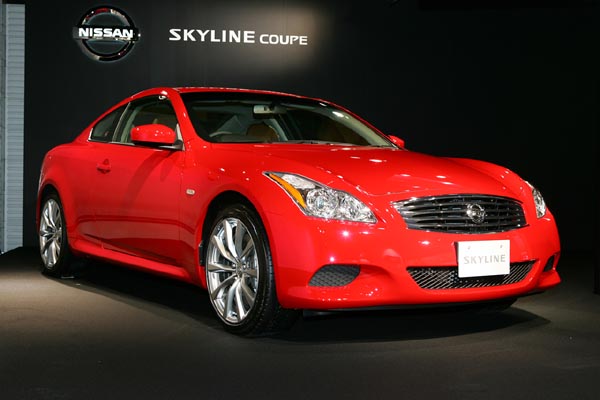