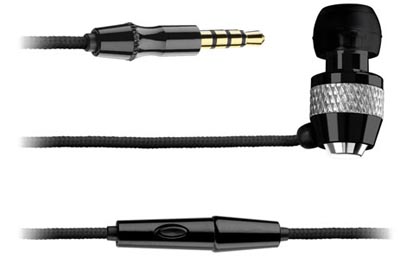 It’s all because of that stupid receded headphone jack on the iPhone that you are restricted to very few headset options. Many people applauded the efforts of V-Mode when they released the V-Moda Vibe Duo headset, because it had an audio plug that would actually fit in the aforementioned receded jack. But it was missing a call button.

That one major shortcoming has been overcome, because the V-Moda Vibe Duo iPhone Headset
now features an inline call button. Yup, there’s no more need to fumble for your multitouch-tastic handset to answer the call; just squeeze that little button on your audio cord and chat away (just don’t badmouth AT&T).

Outside of adding a call button, the V-Moda Vibe Duo iPhone Headset remains largely unchanged from the version that was released way back in July. Even the price — $99.99 — stays the same.