Last month, we saw the initial unveiling of the Suzuki Kizashi concept car in Frankfurt. The company is now preparing the updated version — Kizashi 2 — for the Tokyo Auto Show later this month.

If you recall, the first Suzuki Kizashi was one mean-looking station wagon with its ultra-aggressive front end and ultra-short windows a la the Chrysler 300. The single released image of the Kizashi 2 concept seems to follow this same philosophy, but the new car appears to have a more coupe-like roofline. Other changes include the size of the front fascia and the shape of the headlights.

Technical specifications are pretty scarce, but Suzuki reps are telling us that under the hood is a 3.6L six-cylinder engine producing an unspecified number of horsepower. Look for the “crossover sport wagon” at the Tokyo Auto Show later this month. 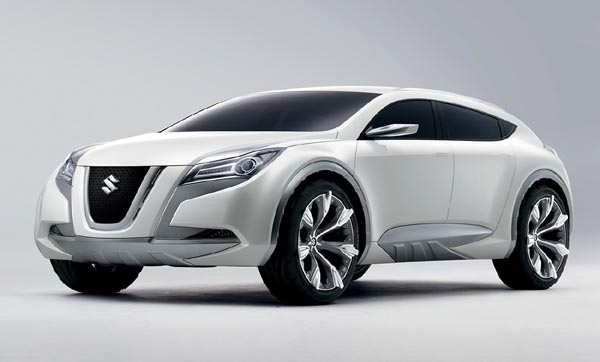