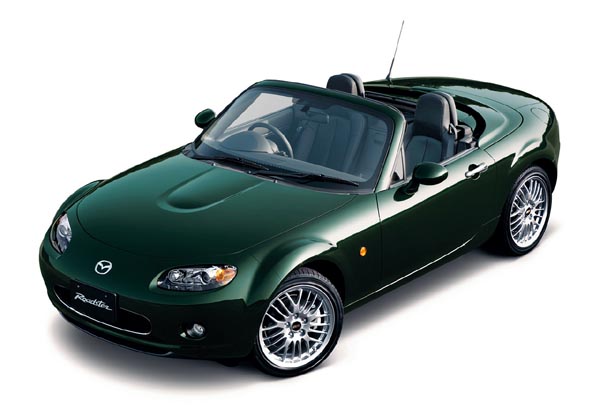 A rose by any other name… The Mazda MX-5 has gone through a couple of other names in its history, but whether you call it a Miata, a Roadster, or an MX-5, there’s no denying that the compact roadster is one of the most capable auto-cross cars on the planet, thanks to its RWD configuration and near 50-50 weight distribution. But prestigious? I’ve never heard that word used to describe the relatively inexpensive convertible.

Mazda of Japan has released a special limited version of the MX-5, calling this rendition the Mazda “Prestige Edition” Roadster. Based on the RS and VS retractable hardtop models, the more upscale two-door gets treated to leather upholstery, heated seats, 17-inch BBS rims, stainless steel scuff plates, and front fog lights. The only performance upgrade is a front strut tower bar along with DSC.