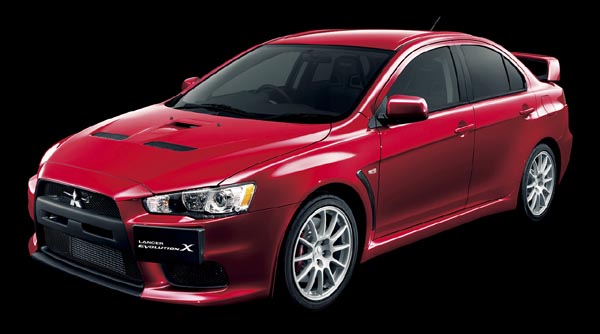 There’s been far too much conjecture and rumor-mongering for this car, so it’s great to finally see it announced for real. After months of second guessing, here is the Mitsubishi Lancer Evolution X, following in a long line of great rally-inspired sedans.

Much like its pedestrian Lancer counterpart, the Evo X rocks the new Mitsubishi front fascia with its utterly aggressive and totally awesome nose. The pictures provided by the three-diamond car company are that of the JDM version, though we’d imagine that the North American rendition will be very similar. Of course, the steering wheel will be the opposite side.

Under the hood is Mitsubishi’s 4B11 engine, a lighter powerplant that produces 295 horsepower and 300 lbs-ft of torque. On the GSR variant, you can nab the new Twin-Clutch SST 6-speed automated manual transmission, which is said to be similar to DSG from Audi. Prices will range from about $26,000 to $33,000.