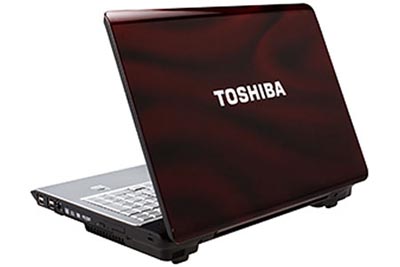 Yup, there’s no mistaking that this laptop is a Toshiba, what with the huge name plate on the top cover. Look beyond that, however, and you’ll discover dual NVidia cards for some crazy SLi graphics action. Toshiba is so proud of this double graphic processing power that the SLi moniker can be found right in the model name.

Both the Toshiba X205-SLi1 and the Toshiba X205-SLi3 come equipped with NVidia SLi Dual GeForce 8600M GT cards for up to 767MB of memory. The rest of the specs on these high-definition gaming monsters are similar, but obviously the X205-SLi3 comes with extra beefy-ness. The upper end model gets a 2.2GHz Intel Core 2 Duo T7500 processor, 2GB RAM, 320GB HDD, HD DVD, HDTV tuner, draft-N wireless, Bluetooth, a webcam, fingerprint reader, HDMI, and a 1680×1050 resolution for its 17-inch screen.