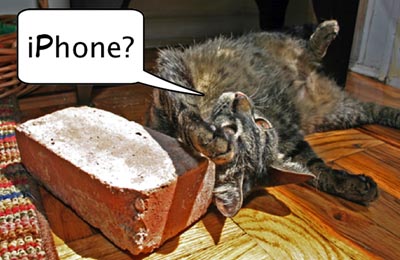 Here’s irony for you. One of the bigger complaints that people had about the iPhone in the first place was that you couldn’t run any third party applications on it. The homebrew and hacker crew got to work and then along came a whole slew of applications for playing NES roms, uploading custom ringtones, and, oh yeah, the one that lets you use the iPhone with an operator other than AT&T.

Turns out that Steve Jobs and the rest of the team in Cupertino aren’t so happy about the recent onslaught of third party apps for the iPhone. In fact, they sent out a press release yesterday saying that your warranty will be voided if your iPhone contains any third party applications whatsoever. What’s more, they mention that future iPhone firmware upgrades may brick modified handsets.

The rationale that Apple provides is that they have no way of knowing about all the third party apps out there and if you decide to take the risk of running any of them, you’re on your own.