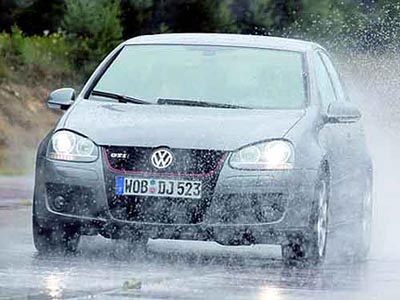 Well, that’s not completely true, but Vee-Dub is saying that all future models will come with a hybrid option. VW head of development Ulrich Hackenberg says that all future Volkswagen models will “fundamentally also be constructed with hybrid concepts.”

To make things even more intriguing, the Bavarian motor company is also considering some all electrics in its future as well. The Up! Concept is scheduled for production in 2011 and it will definitely be offered as a hybrid with the possibility of an all-electric.

In addition to the hybrid options, Volkswagen is also considering the possibility of expanding its BlueMotion environmentally-friendly diesel line (sort of like Mercedes and BlueTec) to its entire lineup. For the time being, plans are being put in place for a clean diesel Eos convertible and Tiguan SUV.