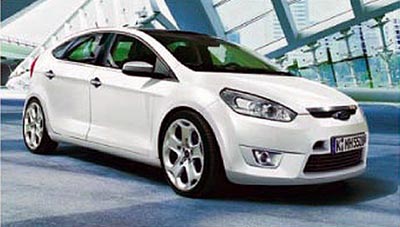 The Ford Escort was pretty popular at its peak, but it was often equated with a car that was el cheapo both in terms of price and quality. The blue oval seems to be ready to revitalize the nameplate, because there are rumblings that a 2011 Ford Escort is in the works and it’s going to be a hybrid.

What’s more, Ford seems to have recognized the popularity of fuel-sipping hybrids like the Toyota Prius. They already have an Escape Hybrid as part of their lineup, but what about a hybrid compact? That’s the niche that the new Ford Escort is slotted to fill, because the small sedan will boast a fuel economy rating of 100 mpg. And it’s a plug-in hybrid to boot.

The drivetrain will be similar to that of the Toyota Prius, rather than the dual-mode system found in the Chevy Volt. The latter uses gasoline to generate electricity which, in turn, drives the wheels.