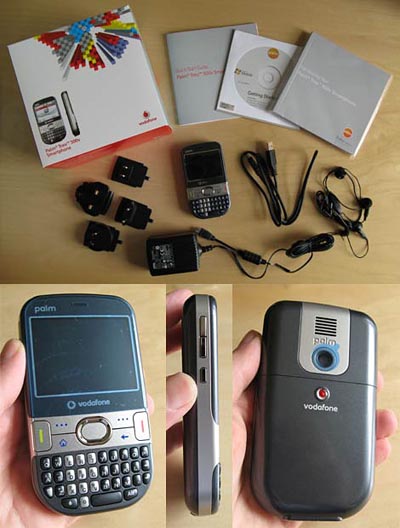 There are competing schools of thought on how the Treo 500 looks, but up until now, these have been based largely on renderings and spy shots. No longer, because here are live shots of the new smartphone unboxed and unraveled for all to see.

Unlike many of the other Palm Treo devices currently on the market, the Treo 500 is described as “very slick, slim and light” and it “feels absolutely great in your hands.” Moreover, the handheld is “surprisingly simple to use for a Windows Mobile non-touchscreen device.” In this way, it competes directly against phones like the Samsung Blackjack and HTC Excalibur (HTC Dash). The features aren’t the best, but you have to remember than the Treo 500 is catering to the entry level market.

The reviewer definitely appreciates the “looks and form factor”, saying that is the lightest and thinnest Treo yet. In fact, it’s even lighter than the iPhone by 15 grams. The build quality is equally impressive, as are the speed and overall simplicity. At least one Treonaut is loving this new device.