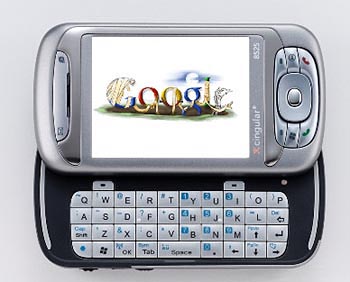 Everyone in the technologically-geared blogosphere is clamoring over the possibility of a Google Phone. We’ve seen unauthorized concept renderings and rumors up the wazoo, but for the most part, it’s been conjecture and supposedly leaked information. To get at the truth, we go to the horse’s mouth and it turns out that Google has officially “assured everyone that it will definitely launch its own-brand handset.”

The rest of the details, however, have not yet been released, so we’re forced to take another dip at the rumor mill to see what people are saying. From what we can tell, the Google Phone will be running some unique variant of Linux, it will be manufactured by HTC, and a number of its applications will be web-based, including search and email.

Most recently, there have been indications that the first Google Phone will be 3G enabled for speedy data transfers on the go. If Google sticks with just EDGE, the chip may be made by Texas Instruments, but if it’s 3G, Qualcomm may win the contract.