Granted the functionality on this little wrist-worn wonder will be nowhere near what you’ll get on other touchscreen phones — like a Treo, for example — but you’ve got to admit that it has a serious James Bond-like appeal to it. In terms of features, you get the basics like stereo Bluetooth, a media player, and GSM radio. There’s 60MB of internal memory, but no sign of an expansion slot. You’ll also notice that it features character recognition (but only Chinese).

No, it’s not the world’s most powerful (or useful) cell phone, but imagine the looks you’ll get from the people on the bus when they see you talking into your watch, scribbling notes on its screen. 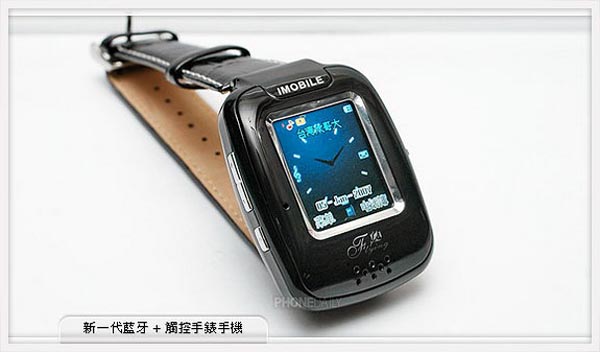