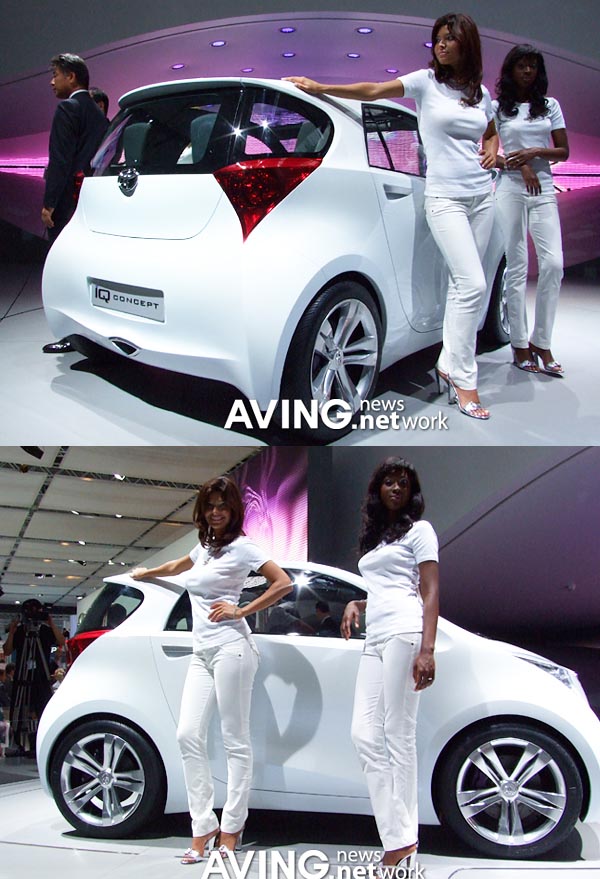 Over at the Frankfurt Motor Show in Germany, Toyota is showcasing one the smallest concept cars on the trade show floor. The Toyota iQ is an ultra compact hatchback with enough seating space for four, assuming that you’re not commuting to the office with a couple of sumo wrestlers.

The styling is clearly reminiscent of the Scion xA that can be seen putt-putting around on American streets, so there is a distinct possibility that the iQ is an early design idea for either the next-generation xA or a next-gen Toyota Yaris. Then again, the iQ takes compact to a whole new level compared to those ultracompacts.

Could this be Toyota’s answer to the Smart Car?