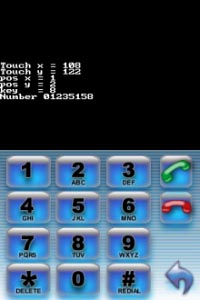 That little glossy dual-screened wonder never ceases to amaze me. As if all those kick ass games weren’t enough, the Nintendo DS is now capable of completing VoIP calls using a homebrew application called SvSIP. You can probably figure out from the name that this application is based on the SIP protocol, so you’ll need a SIP account to do any chatting.

The initial build of this homebrew app is apparently a little tricky to figure out, but GBAtemp forum member subb outlines everything you need to know, including the settings and such that require some tweaking.

After his help, several GBAtemp guys are reporting that they’re VoIPing like mad with DS Lites. You’ll probably want that DS headset if you want privacy, though. Blue! Brew! Damn it!