The guys at Suzuki probably don’t appreciate that I’m calling their latest concept car a station wagon, because the Suzuki Kizaski is clearly being designed with a heck of a lot of aggression in mind. Apparently following in the same line of thought as the Dodge Magnum, the Suzuki Kizaski concept vehicle has an extra elongated body and a wagon-like rear for extra versatility.

You’ll also notice that the windows on the side are very short, much like the Dodge Magnum, and the chrome wheels that move this around are very large, again, much like a souped up Magnum. The taillights have a definite futuristic look to them, seemingly inspired by some of the designs coming out of Mazda’s crossover camp. 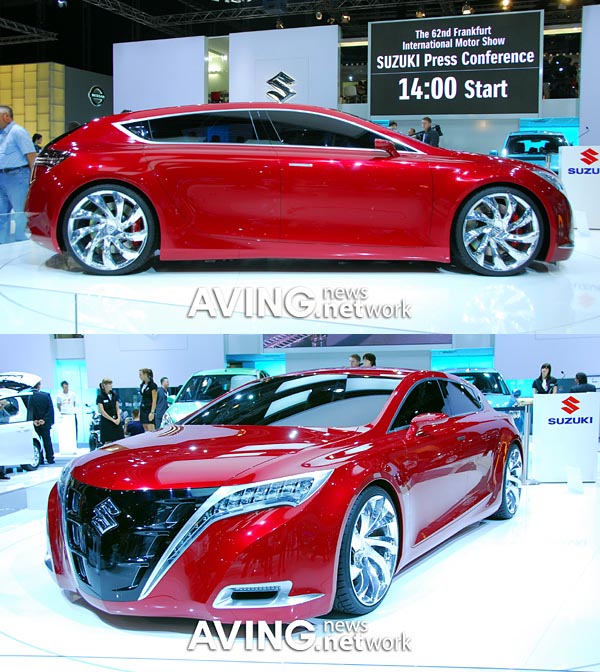