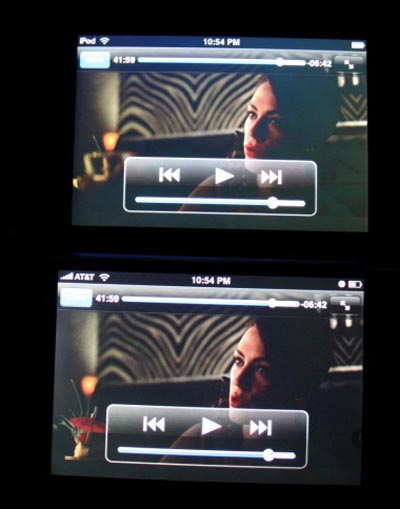 Wilson Rothman of Gizmodo provides a direct comparison between the two units and he’s concluding the the screen on the touch is definitely not as nice as the one on the iPhone. He notes that black areas on the iPod Touch turn “somewhat grayish” whereas absolute blacks appear “shimmery.” He also says that the shadow details is “washed out.”

I’m sure the display is fairly adequate on the touch. It’s just not as good as the iPhone. Your take?