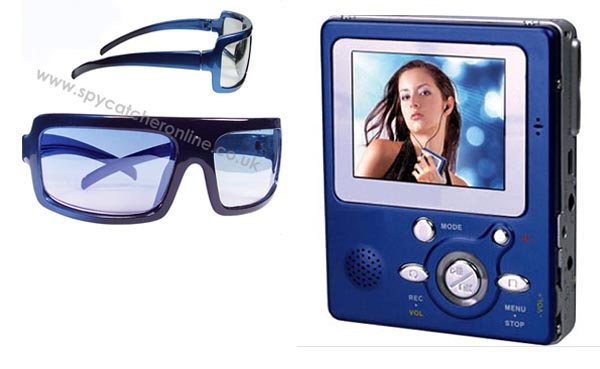 I’m aware that this gadget sounds like it was pulled out of the universe of James Bond, but it is very much for real and it is very much totally awesome. This pair of plastic sunglasses may look like something you can nab on the cheap, but it hides some rather high-end technology. Embedded somewhere in that pair of sunglasses is a video camera.

It won’t work on its own — you’ll need the pocket-sized Personal Digital Video Recorder to complete the package — but none will be the wiser as you eye them down. After all, who would even begin to think that sunglasses like these would have a camera built in? Unfortunately, the specs aren’t the best as the DVR only contains 32MB of memory. You can expand that via SD/MMC cards, however.