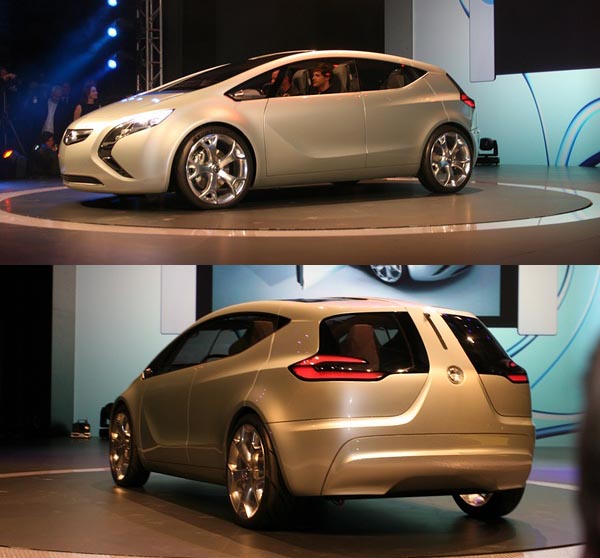 When most people think of hybrid vehicles, they imagine the gas-electric prowess of the Toyota Prius. The team of General Motors want to expand your horizons in a slightly different direction. The Opel Flextreme Diesel Concept was unveiled at Frankfurt yesterday, and it is a vehicle that boasts a unique hybrid system supported by a diesel engine.

The battery pack found within has been sourced from A123, whereas the diesel engine is presumably all GM/Opel. Bob Lutz took the stage to do the official presentation, telling us that the Flextreme has an emission-free operating range of 55km. That’s when it’s running on electricity alone. When you pair that with the 1.3L turbodiesel engine, you get an effective total operating range of 715km.

The Opel Flextreme Concept is the latest incarnation of GM’s E-Flex electric propulsion technology. To juice up the batteries again, you simply plug the car into a standard wall outlet.