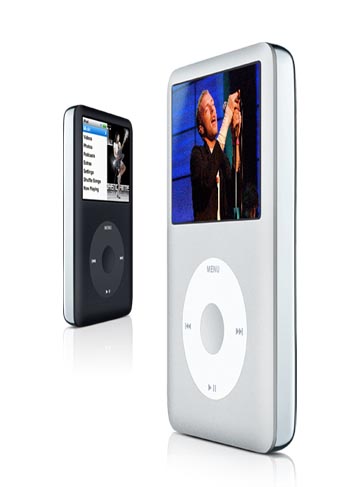 Ah, a whole new generation of chrome. The iPod classic was revealed alongside the new iPod nano and iPod touch last week, pushing the capacity envelope to as high as 160 gigabytes of portable entertainment. The crew at CNET had a chance to get a first look at the new iPod classic, going hands-on through the new interface and getting their fingerprints all over the chrome back.

In the video that you can view below, the CNET team walks you through portions of this new UI — which is also found on the new nano — featuring CoverFlow and the split-screen preview. They say that it’s basically just a remodel of the classic iPod (hence it’s name). The metal front can come in either black or white, but both get a shiny chrome rear end.