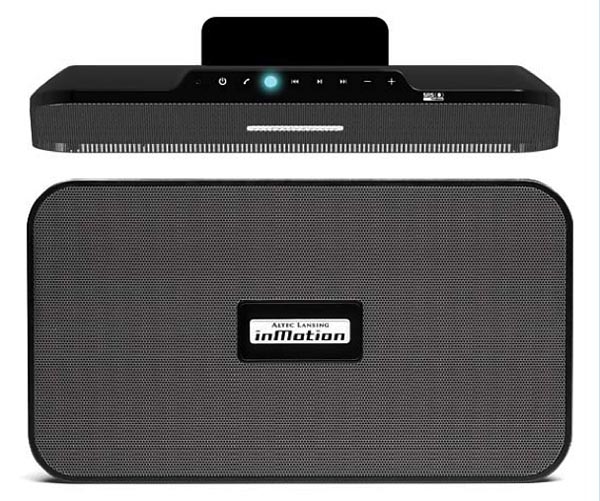 Imagine that. Here is a speaker set that not only lacks an iPod dock, but it seems to prefer a lack of wires altogether. And what’s more, it’s ridiculously thin at just one inch of thickness.

The Soundblade Bluetooth speaker from Altec Lansing can hook up with any Bluetooth 2.0-compatible device, rocking out your favorite Kanye West or 50 Cent song (both of which release albums today) through its pair of 2.5-inch speakers.

If you decide to pair the Soundblade with a Bluetooth phone, the controls on the speaker can be used to switch between tracks on your phone, as well as partake in handsfree conversations as a giant speakerphone. Yes, the Soundblade has a mic too.

Look for the Altec Lansing Soundblade to ship in November, accompanied by a $130 asking price.