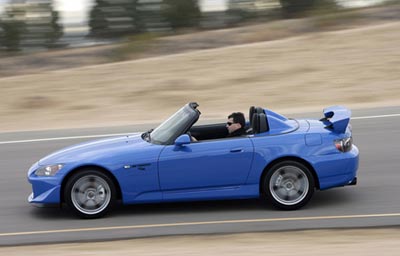 The Honda S2000 is highly regarded as being one of the best track cars available today, but sometimes that’s not good enough. With that, the 2008 Honda S2000 CR was born, improving on the roadster that’s already pretty darn excellent.

InsideLine had the opportunity to chat with the car’s chief engineer. Shigeru Uehara has been with Honda for over 30 years, being the brains behind such legendary vehicles as the original NSX supercar and the first S2000. The 2008 Honda S2000 CR will be Uehara’s last creation as he is set to retire.

Uehara says that this car fits somewhere between the Type R and Type S lines, allowing owners to rip it up on the track as well as drive it on their daily commute to the office.