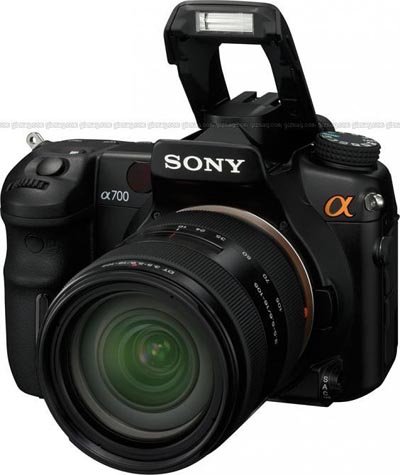 This camera is for serious photographers only, because looking at it sheer size and formidable specs, only the hardest of the core will be interested in the Sony DSLR-A700. The newest addition to the company’s Alpha line of digital SLRs, the A700 comes equipped with a 12.2 megapixel CMOS sensor, providing you with enough resolution for some huge prints.

Other vitals include very fast shutter speeds (up to 1/8000th of a second), HDMI output, and a new autofocus system which is said to be pretty darn quick. There’s also a detachable vertical camera grip so holding the Sony A700 is just as easy in portrait as it is in landscape.

Shaky hands need not fret either, because Sony’s Super SteadyShot Inside image stabilization is there. Minolta Maxxum mount lenses are compatible here as well, in addition to those offered by Sony. Burst mode can handle five frames per second too.