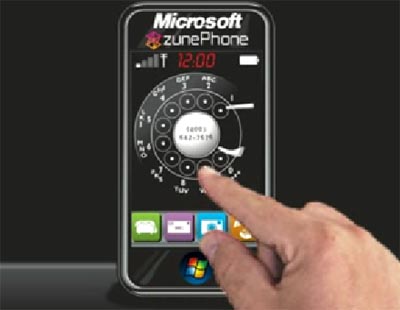 I know. I hate these half-confirmations as much as the next guy, but that’s the only bone that Microsoft is throwing our way when it comes to the development of the rumored Zune Phone, a mobile handset that will compete directly against the Apple iPhone, just as the Zune is trying to do against the ubiquitous iPod.

We didn’t find a quote straight from the Gates-ian mouth, but Reuters did grab a line from Mindy Mount, chief financial officer of Microsoft’s entertainment and devices division. At a Citigroup global technology conference, Mount was asked if the company was working on “a mobile phone combined with features of its Zune digital music player.” She told investors that “it wouldn’t be unreasonable to think at some point there might be some integrated thing.” Talk about riding the fence!

So, they’re not denying its development, but they’re not confirming it either. They’re simply telling us that a Zune Phone is “not unreasonable.” Sigh.