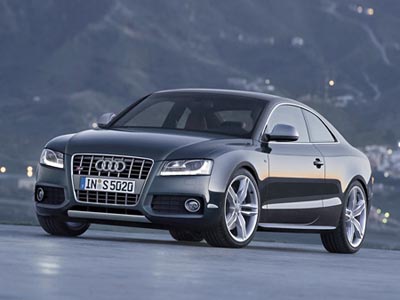 The 2008 Audi S5 may exude a high level of class from the outside, but when you pop the hood and open the throttle, you unleash the unfathomable beast hidden within. Powered by a V8 FSI engine developing 354hp and 325 lbs-ft of torque, the two door German coupe is one of the fastest in its class. In fact, when you put the pedal to the metal, the Audi S5 can do the 0-60mph run in just 5.1 seconds.

This level of performance is pretty typical of the S-series of vehicles from Audi, a series which is designed to be clearly performance oriented while sacrificing very little in ride quality and creature comforts. Along with the beefy engine, drivers of the 2008 Audi S5 also get treated to a sportier suspension, performance wheels and brakes, carbon fiber interior elements, and a Bang & Olufsen sound system.