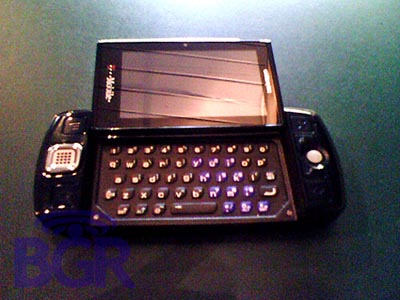 The Sidekick line of handsets has been pretty successful for T-Mobile, enjoying a particularly high level of success among teens and the trendy “hip hop” community. Up until now, the display has been a swivel-and-rotate contraption, but that’s all about to change.

The Sidekick LX, which you may have spotted before, is said to be “basically a more feature packed version of the Sidekick Slide.” The screen, as you can imagine, slides upwards to reveal the full QWERTY keyboard, rather than doing that spinning dance that previous models endured. The specs are still pretty up in the air, but you can plainly see the trackball on the right for navigation.

One detail that has risen to the surface is that it’ll be Master P and his son, Lil Romeo, who will be doing the endorsements and commercials. More pictures at TechEBlog.